The new bakery in Bleiswijk of supermarket chain Hoogvliet is a high-profile project of Roma Isolatiesystemen.

Bread has always been one of the spearheads of Hoogvliet. In their new own bakery, they also make bread from exclusively natural ingredients in a special stone oven: Burgundy bread. All the bread is supplied several times a day fresh to the 65 stores of Hoogvliet in the Randstad region and Central Netherlands.

Respect for the environment

From the outside, the new Hoogvliet bakery does not look at all like what you would expect of a bakery with a traditional product. The ultramodern bakery has been built for economic efficiency, which can be seen on the outside of the insulated building envelope. Specially in the choice of the insulated sandwichpanel construction. ‘But the first priority remains that we stick to our unique Hoogvliet formula: supplying everything from under one roof,’ says Paul Boswinkel, Managing Director Logistics of Hoogvliet Supermarkten. ‘We wanted a building that was efficient and sustainable, built according to state-of-the-art technology and that would link up well with the traffic flows and the surroundings. The landscape used to be characterised by the long, black horizontal lines of the asparagus fields. We have brought them back in the shape and colour of exterior wall elements in the horizontal exterior walls of the building.’ 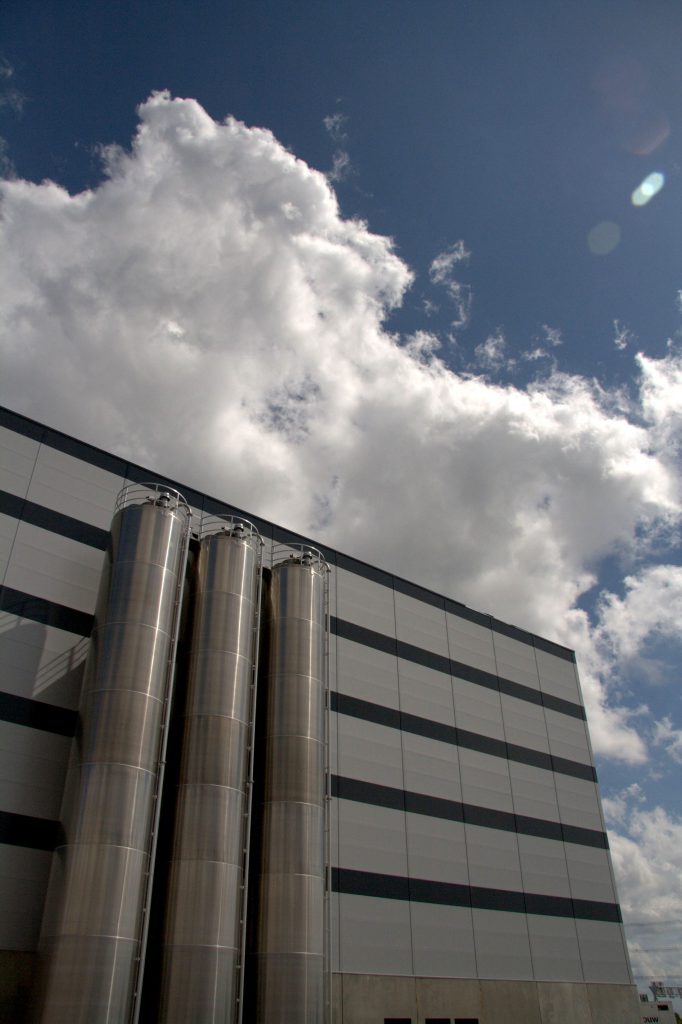 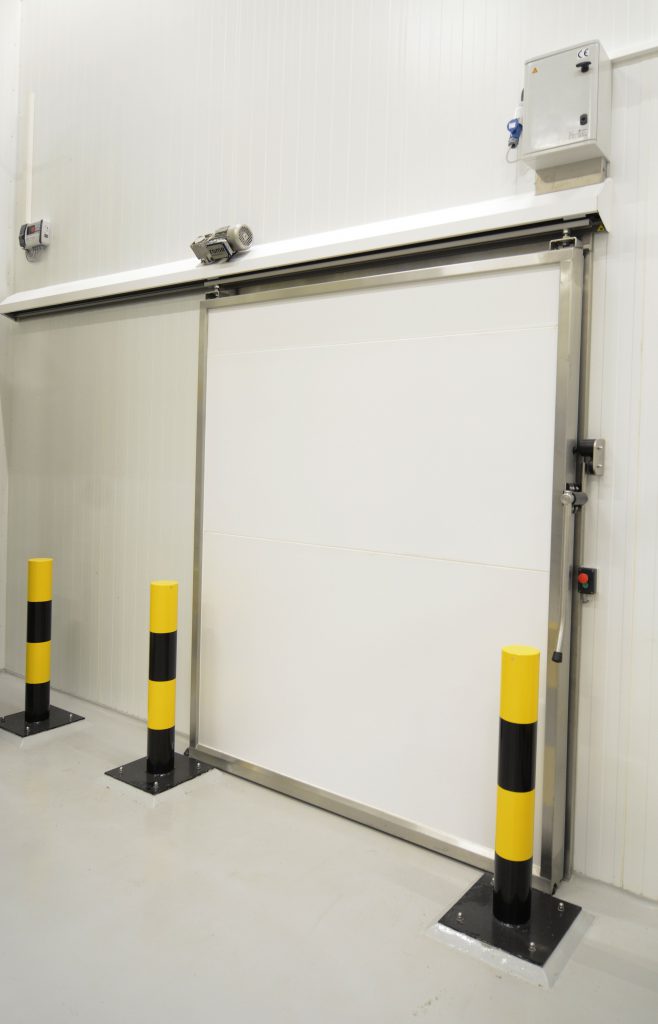 Worked out fully in BIM

‘As far as state-of-the-art technology is concerned, we have succeeded very well in implementing that,’ believes construction project manager Sjors van Egmond from Onyx Vastgoedstrategie. He has been advising the supermarket chain on building construction matters for 25 years now, and guided them from the start in this project. ‘The horizontal exterior wall panels with concealed fixing and FM Approval have been mounted to be both vapour-tight and fire-resistant where this is required (60 minutes Dutch WBDBO fire rating), and their detailing in the window and façade connections contributes to a uniformly aesthetic exterior wall appearance without visible means of attachment. We elaborated the entire project in BIM, right from the start. This has a cost-saving effect. The ratios for completion times between design and execution shift. Now we design longer and in more detail, also with a view to maintenance in the future. The execution period has shortened drastically. BIM entails new and changing functions and roles.

Thinking out a plan of a new bakery of such dimensions is a complicated matter. Tenba Bakkerij-advies worked together with us from the layout. The draughtsman, for example, has a more important role than previously.’ As BIM Manager, Sjors van Egmond ensured that decisions were made in good time and consciously, to guarantee clear agreements and the progress of the project.

Clarity and cooperation are important in a project that involves a large number of construction and electrical and mechanical service parties working on the construction site at the same time. Sjors van Egmond: ‘Every morning starts with a round of coffee. We go through what has to be done that day. That has an effect. It boosts the cooperation and safety. Moreover, the technicians gain wider understanding. They feel even more committed to the end result. It would be a point for improvement for Roma, if the same foreman was present continuously during the entire execution phase.’ Van Egmond is very positive about the cooperation with panel manufacturer and builder Roma: ‘I had heard from their performances in insulated sandwichpanel construction, but had not had any experience with them yet. They did a great job.’